Georgia Emerges as Hub for Sustainability

Companies looking to lower emissions and reduce carbon footprint for themselves and their customers have invested over $11.5 billion in Georgia since 2018. The state’s competitive advantages, combined with its responsiveness to rapidly evolving business needs, have attracted a range of manufacturers, recyclers, and innovators who are leading the way to a greener, cleaner, more sustainable future.

For Ascend Elements, formerly known as Battery Resourcers, the choice of where to invest $43 million to open a commercial-scale lithium-ion battery recycling plant was clear. The new facility will extract critically scarce materials like lithium, cobalt, and nickel from batteries, and will become the largest of its kind in North America when fully operational later this year.

"We selected Georgia primarily because of the growing electric vehicle and battery ecosystem in the state. Proximity to our partners and customers is essential in the sustainable battery materials industry,” says Roger Lin, Ascend Elements’ Vice President of Marketing and Government Relations. “The Southeast is a mecca for the electric vehicle and battery industry, and in Georgia we’re close to a lot of factories like SK Battery America and others like it. We minimize transportation costs, there’s proximity to top talent with all the nearby universities, and we have access to renewable energy,” notes Lin.

Korea’s SK Battery America is investing nearly $2.6 billion in two facilities near Atlanta to supply batteries to Ford and Volkswagen as well as other electric vehicle (EV) makers. Since the company’s first announcement in 2018, more businesses focused on EV sustainability have invested in the state. Plug Power, whose fuel cell systems for e-mobility deliver efficiency, fast fueling, and low cost to customers, recently announced a new $84 million, zero-emission hydrogen fuel production facility near I-95 and Georgia’s deepwater ports.

Underlining the state’s intention to build a critical mass of sustainability-focused businesses, Georgia Governor Brian Kemp launched the Electric Mobility and Innovation Alliance, a statewide initiative between government, industries, electric utilities, nonprofits, and other stakeholders focused on growing the electric mobility ecosystem in the state and strengthening Georgia’s position in electrification-related manufacturing and innovation.

In 2021, electric vehicle (EV) manufacturer Rivian announced an investment of $5 billion to build a carbon-conscious facility to make vertically connected electric platforms for a wide variety of vehicles, including trucks, sport/utility vehicles, and delivery vans. Hyundai Motor Group will open its first fully dedicated EV and battery manufacturing facility in the State of Georgia – announcing a $5.54 billion investment with operations slated to begin in the first half of 2025, with annual capacity of 300,000 units. Many other Georgia companies are already making parts for EVs, and companies from Korea, Germany, Turkey, and the Netherlands have also announced plans to build EV-related facilities in the state.

The state’s attractiveness to sustainability-focused companies doesn’t stop with electric vehicles. In fact, Site Selection Magazine recently ranked Georgia No. 3 for sustainability in the South Atlantic region, and the Atlanta metro ranked in the Top 10 nationally. Since 2009, Georgia has increased net electricity generation from renewable sources by more than 93%, and today Georgia’s electricity mix consists of nearly 12% renewables.

“The difference for Georgia is that the installation of renewable energy capacity has been driven organically by our companies and consumers, and accelerated not through mandate, but through economic attractiveness and removing barriers,” GDEcD Commissioner Pat Wilson stated in a recent op-ed. “As more businesses seek to reduce their carbon footprint, smart policies have allowed us to promote renewable power development and offer a comprehensive portfolio of clean energy options that give Georgia a competitive edge in attracting leading businesses across industries.” 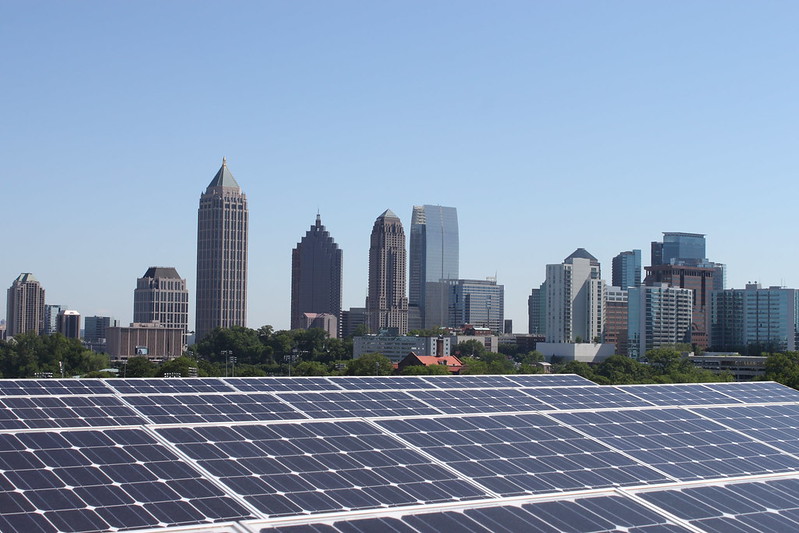 Solar PV is the state’s fastest-growing source of renewable energy, accelerating its appeal to solar panel companies such as NanoPV Solar and Qcells. NanoPV will manufacture solar panels and equipment in south Georgia’s Sumter County, while in northern Georgia, Qcells is investing more than $320 million in its solar panel assembly plant – the largest in the Western hemisphere.

Sustainability in Georgia isn’t just a buzzword – it’s a commitment with investments ranging from the mountains to the coast. Preserving the environment for generations to come is a priority for industries locating in the state. Electronics, agri- and horticulture, and even plastics are just a few of the industries flourishing in Georgia. Recent announcements include German copper recycler Aurubis; electronic waste recycler Igneo; Danimer Scientific, a manufacturer and developer of biodegradable materials; and recycled furniture maker SoPoly. 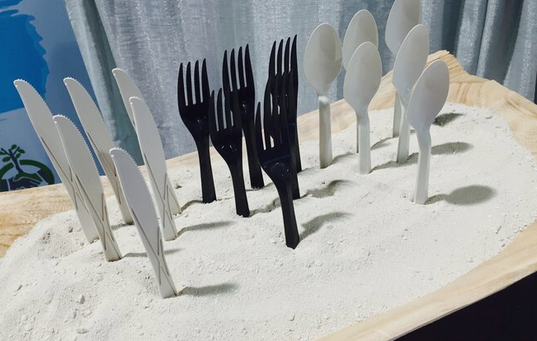 On Georgia’s coast, NANTRenewables is opening a plant to manufacture biodegradable products like plates, straws cutlery, trays, and cups. NANTRenewables also provides sustainable products to companies within the food, agriculture, and pharmaceutical industries.

“We selected SeaPoint [Industrial Terminal Complex in Savannah] for our new biogenic fillers and bioplastics manufacturing facility because of our shared values focused on sustainability as well as the site’s development-ready network of infrastructure, including roads, rail access, sea access, and nearby utility connections,” said Harold Meherg, a NANT Renewables senior executive, in a press release.
Companies leading the charge in mobility research & development, battery manufacturing and recycling, and electric vehicle production all call Georgia home. Find resources for sustainable success at www.georgia.org.

“We’re pleased to be in a strategic location with the critical mass of factories that are locating or already operating in the area,” says Ascend Elements’ Lin. “Georgia is a very friendly, welcoming place to open and grow a business with large facilities like ours. We couldn’t be happier that we selected Georgia.”